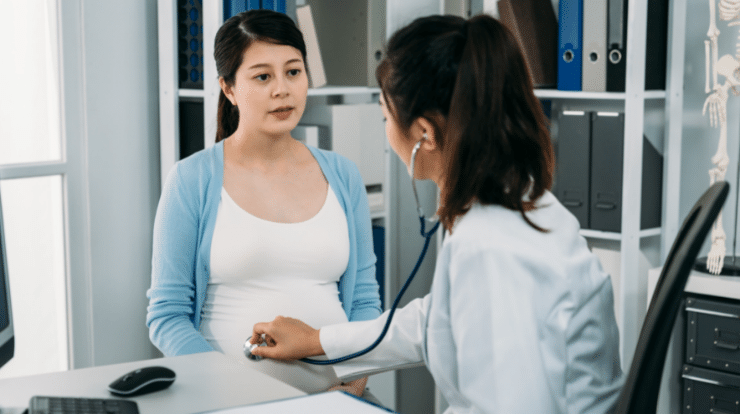 What is an Ectopic pregnancy?

Ectopic pregnancy is a condition in which a fertilized egg becomes implanted outside the uterine cavity. An ectopic pregnancy is always a clinical emergency. Nowadays, doctors are able to identify this in its early stages and refer women to an ovulation predictor kit that will record pregnancy hormone levels – getting women those results sooner than before which can help save their lives.

A fallopian tube is a passage from the ovaries to the uterus, in which sperm can travel and fertilize the egg. An ectopic pregnancy occurs when this passageway becomes damaged or obliterated such that a fertilized egg implants itself within it rather than in the uterus. While rarer than an intrauterine pregnancy, ectopic pregnancies are not uncommon; they occur in one out of twenty-five pregnancies among women of reproductive age.

Ectopic pregnancy is a condition in which the embryo implants outside the uterus. The most common sites for implantation are the fallopian tube and the abdominal cavity. The embryo is deprived of nutrients and oxygen, which can result in severe pain and bleeding. While it is not possible to say exactly when this pain will start.

What causes an ectopic pregnancy?

The following conditions are the causes of ectopic pregnancy:

What are the symptoms of an ectopic pregnancy?

you can contact your doctor if you have any of these symptoms.

When do ectopic pregnancy symptoms start?

Symptoms of an ectopic pregnancy generally occur during the first 12 weeks of pregnancy. Some women do not have any symptoms or find out they are pregnant until an early scan reveals the problem. Others have more serious signs, like pain in the shoulder area and light vaginal bleeding.

If a pregnant woman has an ectopic pregnancy and the fallopian tube ruptures, it may cause severe internal bleeding – remember that while it’s easy to forget given the recent advancements in medicine, a mother can bleed to death from a ruptured fallopian tube. It is important to remember as well that although there are medications that treat ectopic pregnancies, you should contact your doctor as soon as possible if you suspect you may have one so we can get you started on the appropriate treatment immediately.

Ectopic pregnancy is not hereditary. It’s a condition that isn’t passed from parent to offspring. It doesn’t matter whether your mother or sister has or had one, or some other first-degree relative. You are not more at risk of having an ectopic pregnancy than any other woman.

Is ectopic pregnancy considered a miscarriage?

In many cases, women are not aware that they have experienced an ectopic pregnancy because it often happens without any noticeable symptoms or after there is some light bleeding and pain. In these cases, a patient rarely becomes aware of the pregnancy in the first place and it is assumed to be a miscarriage by her reproductive system which breaks down the fertilized egg before disposing of it. Nothing has to be done in these cases either.

In most cases of ectopic pregnancies, the embryo fails to survive beyond the first trimester. In more than 90% of such cases, the egg implants in one of the mother’s fallopian tubes. However, despite modern medical intervention, there is currently no way for an embryo to be successfully transplanted into her uterus, even with today’s advanced technology.

Does your stomach swell with ectopic pregnancy?

When a woman has abdominal or pelvic pain she might have broken her fallopian tube. When this happens there is usually pain on one side, or anywhere on the abdomen. It can be mild and intermittent or severe and persistent. Having broken your fallopian tube could cause you to feel nauseous, vomit, and experience swelling in your abdomen. Sometimes if this happens you may need surgery to have them put back together right away.

Can ectopic pregnancy cause back pain?

At first, an ectopic pregnancy can be very similar to a typical pregnancy. Aside from missing your period and developing tender breasts or an upset stomach, you could also experience some vaginal bleeding or lower back pain. You may even have pain or cramping around your pelvis.

Can you have a period with an ectopic pregnancy?

Vaginal bleeding is a symptom of ectopic pregnancy. This type of bleeding is different from a regular period. It often starts and stops, and can be light or dark red in color with no specific pattern. Some women mistake this bleeding for a regular period and do not know they are pregnant. If you detect the two separate colors of pink (vessel) and red (blood), you may have to check if your ovaries are producing eggs because that could mean you are going to get pregnant at an unknown time in the future. However, it is better to visit a doctor immediately if you see some altered patterns of this bleeding.

Why do you get shoulder pain in ectopic pregnancy?