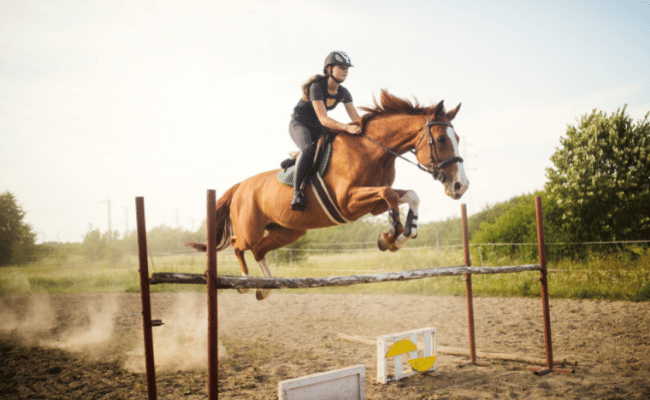 Horse riding might be a dangerous sport, but it is also one of the most rewarding sports. Of course, the danger will depend on what level you ride at and who you ride with. Riding, in general, does carry risks and potential for accidents and injuries. However, if proper safety precautions are taken, this risk can be minimized to an acceptable level – so that it becomes no more than other common activities such as walking your dog or driving your car.

The benefits of riding however clearly outweigh any possible dangers involved. Riding gives you access to places that you wouldn’t normally see just by walking around;

The most common injuries for riders include:

When riding it is important not to wear loose clothing that might easily get caught up in the stirrups or on a branch of a tree. You should also avoid wearing jewelry and keep your hair away from your face so that nothing can fly into your eyes while riding fast.

Most accidents happen when you least expect them so it is very important to be alert at all times. Never ever ride under the influence of alcohol or drugs as this will affect your judgment-making skills and cause you to focus less on what’s happening around you. 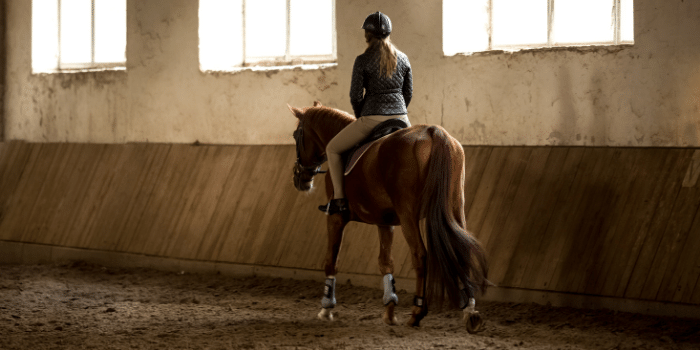 Is horseback riding dangerous during pregnancy?

Pregnant women should avoid activities that require balance and good reflexes – such as tennis, gymnastics, and horseback riding. Horseback riding puts you at an increased risk for a fall. If you do experience a fall, there is a chance you could injure your baby or yourself. Riding horses has been deemed safe by some doctors but most say it is not recommended at all during pregnancy. While they advise against it, their reasoning isn’t because of the horse itself–it’s because of how easily pregnant women can get hurt from accidents.

A horse’s hooves are no different from any other large animal’s feet. If you were to be stepped on or kicked by a horse, you could injure your baby or internally. Horseback riding can be dangerous throughout all stages of pregnancy. It is important to take extreme caution if you wish to ride horses during your pregnancy.

Is horse riding dangerous than football?

This question (is horse riding dangerous than football?) is frequently asked. The dangers of riding horses are obvious. Violent collisions with the ground, trees, and fences are frequent in a sport that requires riders to navigate across open fields at high speeds.

Injuries from falling off a horse might be the most logical comparison to football. But what about injuries from falling on a football field? According to research conducted by Drexel University College of Medicine’s Department of Public Health Sciences, college players suffer almost four times as many major injuries as jockeys do.

College football players also have a higher injury rate per exposure—the number of games and practices in which athletes participate—than high school players, according to the NCAA. 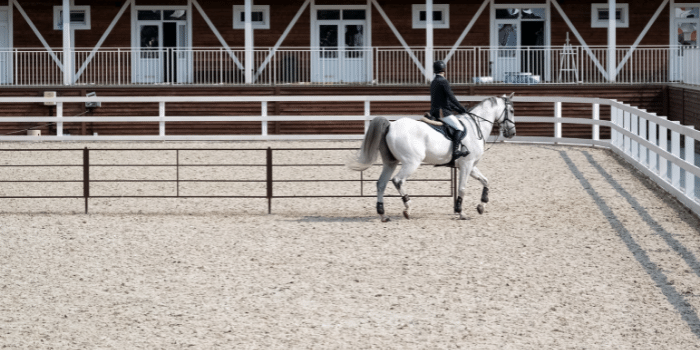 Is horse riding dangerous than gymnastics?

The answer to this question is a clear NO. When you compare the data of sportspeople hurt by horse riding accidents with those hurt in gymnastics, it turns out that there are more injuries caused during gymnastic training or performance than by horse-riding accidents. However, as regards the number of fatalities linked to these sports, horse-riding seems much deadlier than gymnastics.

In an article from Denmark covering the period from 2005 to 2010, it was revealed that out of 468 cases studied where people were severely injured while doing sport, 25% occurred during football participation while only 7% occurred during horse-riding (Elkjær et al., 2011). These results are also confirmed by studies that have compared sports activities participation with accidents and injuries resulting from these activities.

As a matter of fact, a study conducted in the United States on individuals aged 5 to 44 found that while riding a bicycle was reported as being responsible for 92% of head injuries related to sports activities, horse riding only accounted for 1% of these cases (Zadlovksy et al., 2010). Apart from this, another study focusing on children between 6 and 14 years old found that gymnastics is riskier than most other sports including football (Unger & Crawford, 2000).