How much bleeding during pregnancy is normal?

vaginal bleeding is normal when they notice a few drops of blood occasionally in their panties or if they wipe themselves with tissue and see a little blood on the paper.

What are the causes of bleeding during pregnancy?

During the First Trimester:

Following are the causes of bleeding during the first trimester of pregnancy:

The most common cause of vaginal bleeding in pregnancy is an ectopic pregnancy, which is a condition in which a fertilized egg implants itself outside the uterus. Ectopic pregnancy can lead to severe bleeding, which may be accompanied by severe abdominal pain. It can also cause other symptoms such as dizziness and fainting.

Implantation bleeding is a little different from a normal period in that it tends to be a little lighter in color but it can be similar in duration. There are many times when the woman does not even know that the bleeding is due to implantation. However, if this bleeding is noticed, the woman should know that it is okay and it is a sign that she has gotten pregnant.

Bleeding during pregnancy is a sign of miscarriage. The American Pregnancy Association reports that about 20 to 25 percent of women experience vaginal bleeding in the first 20 weeks of pregnancy. It’s important to note that the bleeding may not be obvious. In fact, only a small percentage of women will experience bleeding that is heavy enough to need a call to the doctor. In many cases, the bleeding can be mistaken for a late period.

The fertilized egg or zygote begins to grow, but instead of producing a normal baby, it develops into a mass of tissue that looks like a grape. This mass is called a chorionic villus. Molar pregnancy is a rare occurrence. It accounts for about 1 in every 1,000 pregnancies. Of those, about 1 in every 100 women with a molar pregnancy will develop cancer.

5. Problems with the cervix

There are many problems that can occur with the cervix, such as an inflamed cervix, cervical infection, or growths on the cervix.

During the Second and Third Trimesters:

Following are the causes of bleeding during the Second and Third trimesters of pregnancy:

When the placenta blocks all or part of your cervix. If a pregnant woman develops placenta previa, she could lose her baby (miscarriage).

Placental abruption is a condition where an unborn baby prematurely separates from its placenta which can cause complications for both the mother and child.

Labor that happens before the 37th week of gestation. Other symptoms include contractions and uterine cramping or ruptured membranes.

During pregnancy, as the cervix thickens and softens, it can begin to open prematurely. This early opening of your cervix is called an incompetent cervix.

it happens during the later stages of your pregnancy when your body prepares for labor by bringing blood vessels to your cervix. 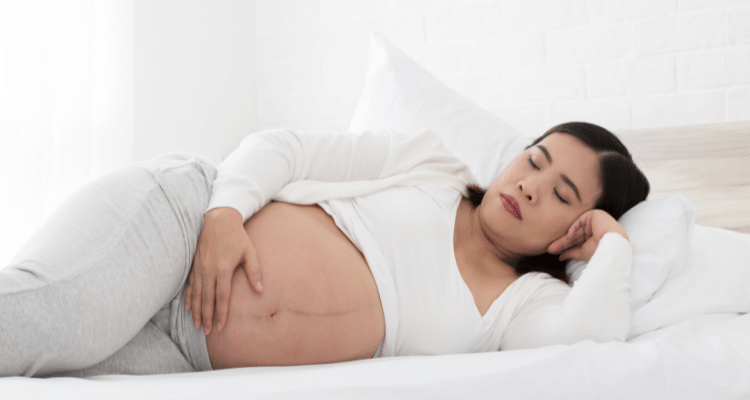 How to stop bleeding during pregnancy?

While there are no specific treatments for reducing bleeding during pregnancy, there are certain remedies that may help reduce the amount of bleeding around this time.

What is Nose bleeding during pregnancy?

Pregnant women can be susceptible to nosebleeds during their pregnancy because the vessels in their noses dilate when there is an influx of hormones. During pregnancy, a woman’s body will see an approximate 50% gain in the supply of blood throughout her entire system which puts pressure on all the organs and vessels, also includes nosebleeds and other symptoms related to hormonal changes.

What are the causes of nose bleeding during pregnancy?

Following are the causes of nose bleeding during pregnancy

Expecting moms get nosebleeds because of hormone changes. Your hormones might be thickening the lining of your uterus, which can cause your sinuses to swell as well.

During pregnancy, there is a dramatic increase in blood volume. This causes the delicate blood vessels in your nose to become lazy and eventually burst under even minor pressure.

Pregnant women have mucus membranes in their noses that tend to be easily irritated and inflamed. Blood vessels in the nose also tend to grow fragile, which results in nosebleeds occasionally. Women get this condition during pregnancy called pregnancy rhinitis, which causes congestion and stuffiness for most of the first trimester of pregnancy.

It’s easier to become dehydrated when you’re pregnant because you require more liquids than usual. When you get dehydrated, the mucus membranes inside of your nose can dry out and crack too easily. This could possibly be a cause of nosebleeds during pregnancy.

What is normal nose bleeding during pregnancy?

The amount and frequency of nosebleeds during pregnancy vary. In some cases, one side of your nose bleeds more often than the other. You might experience light or heavy bleeding depending on how far along in your pregnancy you are. Some women will notice a small trickle coming out of their nose while others will bleed enough to fill up tissues.

it’s important for women to always inform their healthcare providers about this type of symptom whenever they come in for prenatal appointments.

How to stop nose bleeding during pregnancy?

It is important to know how to handle a nosebleed. It will come in handy the next time you or someone else in your family experiences an unexpected nose bleed and needs help stopping it.

Following are the 4 tips to stop nose bleeding during pregnancy:

What is subchorionic bleeding during pregnancy?

When your placenta comes away from the wall of your uterus, there’s a chance that you’ll begin to bleed. This is called a subchorionic hemorrhage, which occurs when the chorionic membranes separate and form another sac between the placenta and uterus. As a result, you could have spotting or cramping as it clots up.

Can bleeding during pregnancy affect the baby?

Half of the women had an early pregnancy loss (miscarriage). The other woman delivered a healthy baby. Researchers found that women who had a miscarriage had a three-fold increased risk of having a second miscarriage.