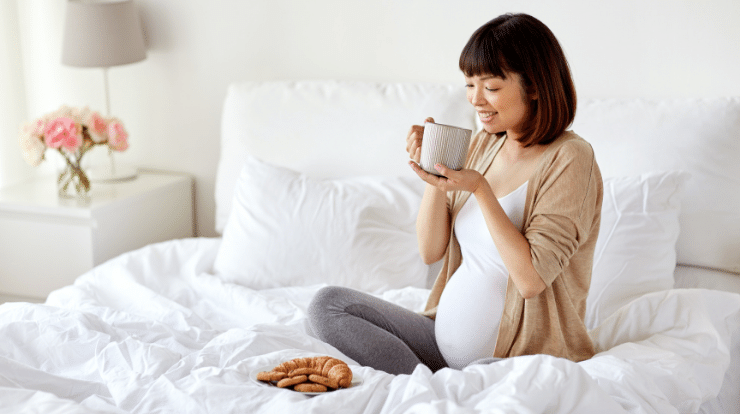 Caffeine during pregnancy is a controversial topic. Some people say it’s perfectly safe, while others believe it can have harmful effects on the developing baby. Caffeine is a stimulant found in coffee, tea, energy drinks, and chocolate. It’s also added to some cold and flu medications.

Is it safe to drink caffeine during pregnancy?

Caffeine is a stimulant, and it’s not recommended that you consume it in large quantities when you’re pregnant. If you’re pregnant and you’re concerned about your caffeine intake, talk to your doctor or midwife. They can help you determine how much, if any, caffeine is right for you.

What is the safe amount of caffeine during pregnancy?

The American College of Obstetricians and Gynecologists (ACOG) recommends limiting caffeine intake to 200 mg (milligrams) per day during pregnancy. This is equivalent to about 1-2 cups of coffee per day. ACOG advises pregnant women to check food labels for caffeine content and consider avoiding foods and beverages that contain high amounts of caffeine.

What foods and drinks contain caffeine?

Caffeine can be found in:

What are the effects of too much caffeine during pregnancy?

Caffeine is a stimulant that can have short- and long-term effects on your health. During pregnancy, it’s important to limit your caffeine intake to avoid potential risks to your developing baby.

Too much caffeine during pregnancy can lead to:

Consuming too much caffeine during pregnancy can increase the risk of miscarrying. Caffeine prevents the absorption of essential nutrients and can also cause contractions in the uterus, which can lead to miscarriage. Additionally, caffeine is a stimulant that can increase heart rate and blood pressure, which can also be harmful to a developing fetus. 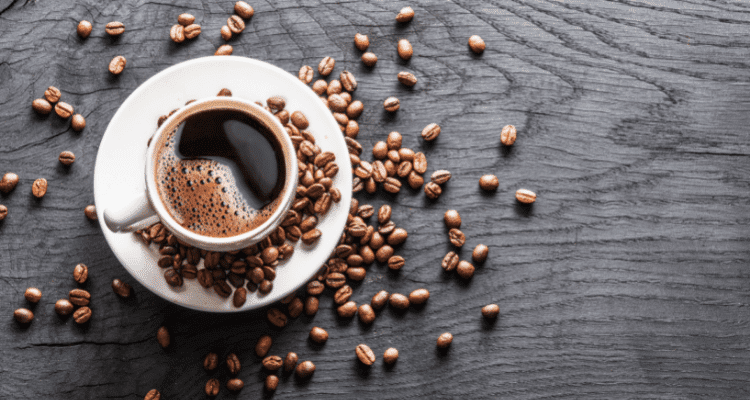 Low birth weight is a serious problem that can have lifelong consequences for babies. According to the World Health Organization, low birth weight is defined as a baby weighing less than 2,500 grams at birth. However, studies have also shown that excessive caffeine consumption during pregnancy can increase the risk of low birth weight.

Caffeine is a stimulant that crosses the placenta and can interfere with fetal growth. Expectant mothers who consume more than 200 mg of caffeine per day are at increased risk of having a baby with low birth weight. Therefore, it is important for pregnant women to limit their caffeine intake to avoid this potentially serious complication.

Stillbirth is the tragic and heart-wrenching loss of a baby during pregnancy. Stillbirths are typically defined as occurring after 20 weeks of gestation, and though stillbirth rates have declined over the past few decades, they remain a significant problem. Stillbirths can happen for a variety of reasons, but one potential cause is too much caffeine consumption during pregnancy. Studies have shown that high levels of caffeine can lead to an increased risk of stillbirth.

Premature birth is a serious problem that can have lifelong consequences for the child. There are many factors that can contribute to premature birth, one of the most common is too much caffeine during pregnancy. Caffeine is a stimulant that can increase blood pressure and heart rate, both of which can put stress on the developing baby.

Premature babies often require long periods of hospitalization and may need special education and care as they grow up. Families who are expecting a baby should limit their caffeine intake to avoid the risk of premature birth.

Sudden Infant Death Syndrome, more commonly known as SIDS, is a leading cause of death in infants under the age of one. it is believed to be the result of various factors, including too much caffeine during pregnancy. Caffeine can contribute to a build-up of carbon dioxide in the blood, which can lead to SIDS.

High amounts of caffeine during pregnancy can also cause anxiety, restlessness, and trouble sleeping. These effects are more likely to occur in pregnant women who are sensitive to caffeine. If you’re pregnant and struggling to give up caffeinated beverages, try tapering off gradually. Start by drinking one less cup of coffee each day until you’re down to your desired level. You can also switch to decaffeinated versions of your favorite drinks.

It’s important to note that caffeinated beverages aren’t just coffee and tea. They also include soda, energy drinks, iced tea, and chocolate. Be sure to check the label of any food or drink before consuming it during pregnancy. Caffeine isn’t just found in beverages. It’s also an ingredient in some over-the-counter medications, such as pain relievers and cold remedies. If you’re taking any medication during pregnancy, talk to your healthcare provider about the possible

Is caffeine during pregnancy linked to autism?

There is currently no definitive answer to the question of whether or not caffeine is linked to autism. However, there is some evidence that suggests that it may be a contributing factor. One study found that pregnant women who consumed high levels of caffeine were more likely to have children with an autism spectrum disorder.

However, it is important to note that this study did not prove causation, and further research is needed. Caffeine is a known stimulant, and it is possible that excessive intake during pregnancy could disrupt the development of the nervous system. Additionally, caffeine is often consumed in other foods and beverages such as coffee and soda, which may also contain other chemicals that could be harmful to the developing fetus. Until more research is conducted, pregnant women should moderate their caffeine intake to reduce the risk of potential harm to their children.

Is caffeine during pregnancy linked to ADHD?

is caffeine during pregnancy linked to ADHD is a question that has been asked by many pregnant women. There is no definitive answer to this question. Some studies have shown a correlation between caffeine consumption during pregnancy and an increased risk of ADHD in children. Other studies have found no such correlation. The jury is still out on this issue, and more research is needed to determine whether there is a causal link between caffeine and ADHD. In the meantime, pregnant women should talk to their doctor about their caffeine intake and how it might impact their child’s health.