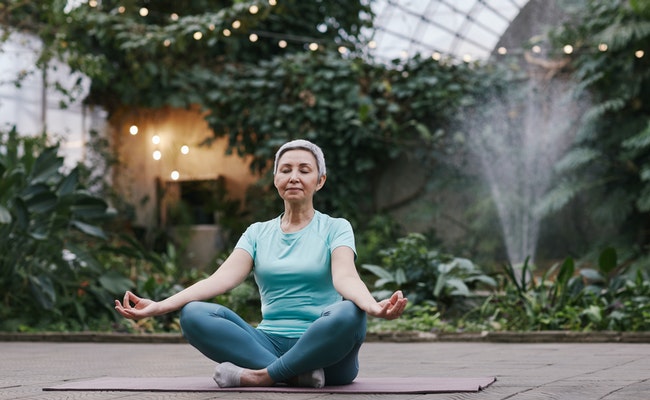 Is yoga spiritual, Many people believe that yoga is spiritual, while others believe that it is not. Yoga is a physical exercise and is considered to be an art form, but many practitioners of the practice consider it to be more than this. This article will discuss what spirituality is in relation to yoga and how each person can decide if they think the practice is spiritual or not.

Is yoga spiritual or religious?

Many people have a question, is yoga spiritual? Spirituality can be defined as being connected with your spirit whereas religion would mean following a belief system such as Christianity, Hinduism, Buddhism, and so forth. Yoga is an age-old practice that originated from India and just like meditation, is available for all faiths. Yoga is one way to cultivate mindfulness by cultivating awareness of our bodies while practicing poses called asanas.

This discipline can be done mindfully and without any specific faith involved” (Woolf). Mindfulness is about being fully aware of here and now – attending to what is happening in the present moment.

Is yoga spiritual or physical?

Is yoga spiritual or is it a physical workout? In the West, we often think of spirituality as something otherworldly. We might think that connecting to our spirit is only possible through prayer and meditation–not by going for a jog.

Yoga as a spiritual:

If we want to think about how physically stimulating our activity is, then yoga would not rank very high because many poses only require gentle movements like moving your arms above your head while sitting in a lotus position (not exactly running miles).

Yoga as a physical:

But if we’re talking about connecting with ourselves and meditating on the pure essence of our being, then yoga is a form of spiritual exercise.

But some people believe there is no separation between body and soul because they are one in the same thing. They say when you exercise your physical form with movement it can be seen as an expression of your inner self-awakening.

Others argue that what happens on the mat is simply muscle stretching; nothing more than a good stretch session after being seated all day at work or school. 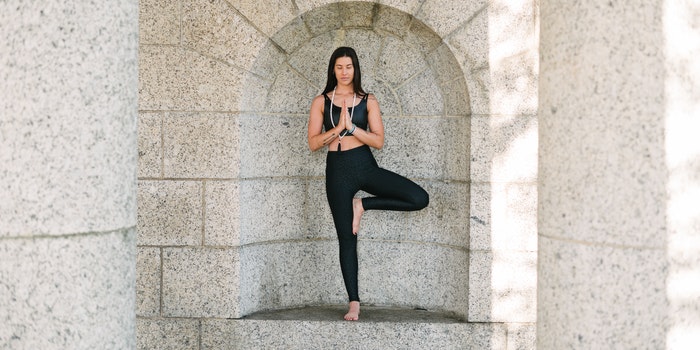 Is yoga spiritual ? or is Hatha yoga spiritual? Many people are confusing. yoga is a physical practice that is not spiritual in nature but can be done as part of a spiritual path such as Christianity or Hinduism. The word Hatha is derived from two Sanskrit words meaning “sun” and “moon” which represent masculine and feminine energies respectively (Giles-Hunt). It has been noted that some schools have begun to teach that Hatha is a spiritual practice, but it is not the most common interpretation.

Yin is a more meditative form of exercise than hatha yoga. Is Yoga Spiritual? frequently asked questions by many people. Yin yoga is less concerned with movement and is focused on the poses themselves, mostly asanas (postures). Practitioners often stay in these poses for long periods of time which is why people may think it is religious or spiritual when that isn’t necessarily true. There are some schools that teach yin to be very spiritual but there is no clear consensus about whether this practice has religious connotations at all.

Yes! If you want it to be spiritual, then yes. But this is true of any type of yoga really as there is no dogma involved with worshipping gods or goddesses so take whatever pieces fit for you at that moment right now and let go after a while if they don’t serve your purpose anymore (ie: embrace Hinduism). The process will never end because we are constantly evolving spiritually but can also get stuck on one side of the spectrum.

Yoga is a process of self-discovery on many levels which is why it is so attractive to people from all faiths or no faith at all! So yes, Ashtanga Yoga is Spiritual if you want it to be. And there are other types too that will meet your needs in different ways.

Some people enjoy getting really hot whereas others find it uncomfortable or too much.  A lot of love going into cold water after sweating during the day but some feel refreshed by jumping back into something warm again. There is no one way for everyone so don’t worry if you’re unsure! Every person has their own opinion in what is best for them with exercise routines!”

it’s not fair to say that all forms of yoga have the same effect on everybody because they don’t!  There is no one way to do things in an exercise routine; everyone has their own opinion about what is best for them.” This article is about is Bikram Yoga spiritual? or is Yoga Spiritual? It talks a little bit more about different people’s opinions on whether or not hot and sweaty workouts like Hot Yoga are good or bad for you.

One person says he doesn’t enjoy doing hot and sweaty exercises in a warm room but other people love going into really cold water after sweating during the day which refreshes them. Some say this makes them feel good about themselves because they are releasing endorphins. But it is not fair to say that all forms of yoga have the same effect on everybody, due to there being many styles and types of Yoga.” 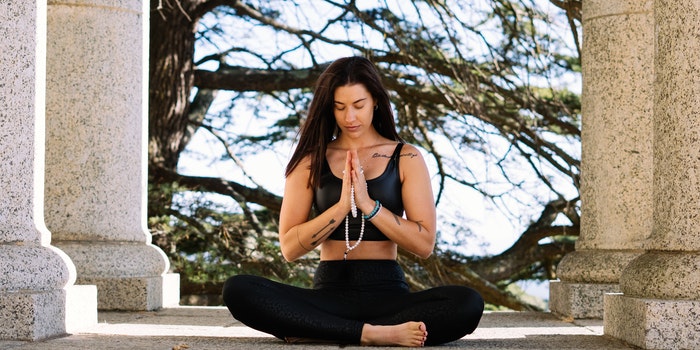 Is yoga spiritual? / is pilates spiritual like yoga? This is a question that is often asked by those who are unfamiliar with the practice of Yoga. Is it more than just a workout routine where you do asanas (yoga poses)? There are many people who consider their practice to be a form of worship.

Others feel that yoga is inextricably linked with Hinduism and should not be practiced by anyone else, or at least not without an understanding of its roots. Some religious groups have even called for bans on physical exercise altogether because they believe that it’s demonic. People from all walks of life disagree about the meaning and history behind this ancient practice, but one thing is certain – regardless of what some might call blasphemy,  yoga is one of the most popular forms of exercise in the world.