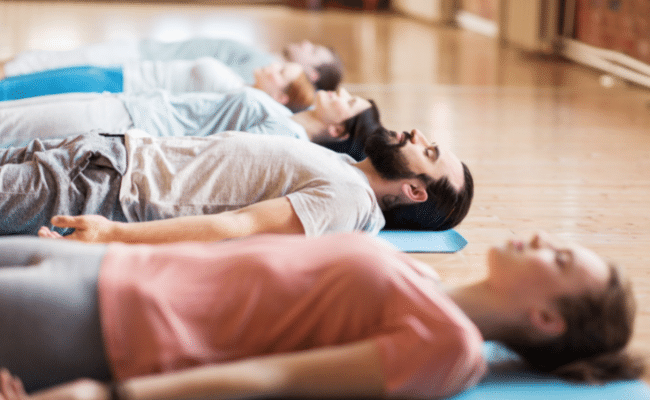 Yoga Nidra is an ancient practice that means “yogic sleep.” It’s a deep state of relaxation and meditation. Yoga Nidra can be used to help relieve stress, improve sleep quality, and even heal medical conditions. This article will explore what yoga Nidra is, what it does for the body.

Is yoga Nidra good for you?

Yes, yoga Nidra is good for you. The essence of yoga Nidra is to slip into a deep state of relaxation and rejuvenation in which the body, mind, and spirit are completely restored. By learning this practice, you will have a natural way to relax and reduce stress each day.

The word Nidra is derived from the Sanskrit root nidr meaning sleep or deep relaxation. Although typically used in reference to yoga meditation techniques, it may also be applied to other states of consciousness such as the state between sleeping and waking. In Yoga Nidra, you slip into an altered state of consciousness called a transitory state just beyond full wakefulness (yet not asleep) where your physical body is completely relaxed but your mind is fully aware.

This allows for all the positive benefits of sleep without feeling groggy when you awaken. A typical Yoga Nidra session lasts approximately one hour, although some individuals can more easily attain longer periods of relaxation.

Yes, it is meditation.

Yoga Nidra is an extremely simple practice. It departs from the assumption that every person knows how to do nothing but sleep and dream well enough to be able to learn this other state of conscious relaxation for everyday use in waking life. In part, because it “depends on the ability each individual already has,” yoga Nidra can be practiced by just about anyone “regardless of race, color, creed or religion.”

Answer: No, not at all. The word hypnosis has been overused and misused in popular culture and media to such an extent that anyone who goes into a state where their body is still but appears to be sleeping, or who can access subconscious regions within themselves, is automatically labeled “hypnotized.” 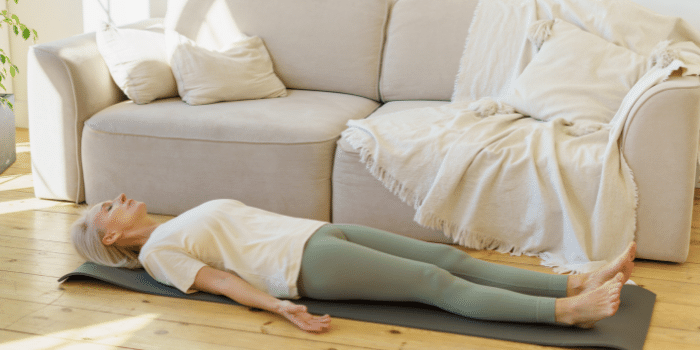 In my definition, both hypnosis and meditation are forms of trancing. Meditation simply means going inward. Hypnosis, on the other hand, involves a more receptive frame of mind–one that allows suggestions from another person (a therapist) or oneself (during self-hypnosis) to take root in the mind.

Yoga Nidra, on the other hand, is the self-induction of hypnosis that dissolves into silence and waking consciousness. it is often used by therapists as an adjunct to therapy rather than as therapy itself. It does not involve any suggestion or direction from another person and has none of the inhibitions inherent in interpersonal transactions (unless they are part of your personal “story”). Yoga Nidra is simply a state of relaxed awareness that allows you to access deeper parts of yourself more easily.

Is yoga Nidra better than sleep?

No, not really. Sleep is needed to recover from the day’s stresses and prepare for tomorrow…and yoga Nidra does none of these things.

Yoga Nidra (unlike conventional meditation) gives some relaxation benefits but REM sleep provides more benefit than even deep meditation – which explains why dreams are so memorable. Think about it: if you wake up after a night of good REM sleep and try to recall your dream, you can easily remember it in vivid detail…but deep meditation doesn’t do this. I don’t mean to be disrespectful toward yoga Nidra or other forms of meditative practices, but when it comes down to helping our bodies recover from the challenges of the day and prepare for tomorrow, nothing beats SLEEP!

what is the purpose of sleep?

To allow various restorative processes to occur…such as removing toxins from your system, memory consolidation (which continues right up until you wake up), hormonal and neurotransmitter activity that helps make you feel better while awake, repairing and building muscle tissue, etc.

All forms of stress are supposed to be OFF during sleep so that these processes can function best; when they’re ON – like when you have insomnia – the body doesn’t get its “reset” for tomorrow. In fact, there’s evidence that insomnia leads to accelerated cognitive decline over time.

Yes, it is. Deeply restful sleep is yoga Nidra mindfulness. It’s important to have regular daily practice if you want to master this skill. To get a better grip of the stress relief and relaxation benefits of yoga Nidra meditation,

here are some key points:

Yoga Nidra is a state in which you’re still aware but relaxed deeply enough that your mind quiets down, like sleeping with your eyes open while remaining awake. You can enter into this state by lying on your back or sitting comfortably with your spine straight (unless contraindicated by a health condition).

You can practice yoga Nidra for 20 minutes or several hours. It’s recommended that you do at least one session per day, but it’s better to do several sessions each day if possible since this helps with the deep relaxation response. The end result of yoga Nidra mindfulness meditation is that you deeply relax every day so that your body rests and heals itself for daily living. Not only does it help you feel refreshed after excessive stress in your life, but through regular practice in mindfulness meditation, you also experience true well-being.

which means an overall sense of calm and happiness even when there are stressors or painful emotions present in your life (which there almost always are). This state of allowing a person have a more resilient mind and body, which thus results in greater overall health.

Here’s what to do to get started with yoga Nidra mindfulness:

Find a quiet place where you will not be disturbed for 20 minutes or up to several hours if possible. Make sure the space is not too warm or cold, but comfortable so that it would be conducive for sleep. You can wear loose and comfortable clothes or nothing at all if you’re sitting on the floor (or a chair). If you’re lying down, make sure your head rests on a pillow and blankets are covering you up to the shoulders.

Turn off any phones, music players, etc., but leave any lights on if needed. Now close your eyes gently like when falling asleep. Begin to relax your muscles starting with the feet and working your way up. Breathe naturally and slowly, count to four as you breathe in and eight as you breathe out. Focus on letting go of any thoughts rather than forcing them away; “allow” thoughts to come into your mind but then just let them go again by returning to the focus of breathing.

This is not actual sleep, there’s no such thing as falling asleep which means there’s no risk of being “woken up” prematurely from meditation when falling asleep. So don’t worry about counting breaths or trying hard not to fall asleep! Keep following the steps above until you feel that you’re deeply relaxed.

Once your muscles feel completely relaxed and there are no more thoughts in your mind, you’ve entered the deep relaxation response state of yoga Nidra mindfulness meditation! 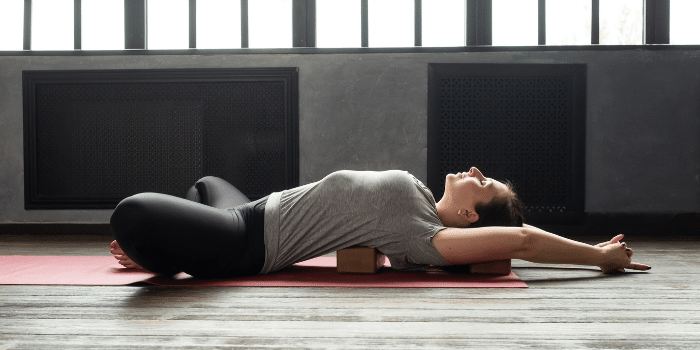 What are the dangers of Yoga Nidra:

2) Some people report experiencing sounds, voices during Yoga Nidra – the noises may seem as though they are coming from an outside source (not yourself) which could also be disturbing

4) Leaving your body behind while practicing Yoga Nidra is easier than most forms of astral projection/out-of-body experience (OOBE) and this can lead to an astral projection where you are not fully aware that it is happening. The body “sleeps” while the mind travels out of the body – if someone sees your body sleeping while projecting, they may think it’s dead

6) There are rare instances of people who see no light during deep sleep (NREM or Non-Rapid Eye Movement sleep) when practicing Yoga Nidra – and in some cases, there is a possibility that permanent damage could occur to their brain due to lack of oxygen